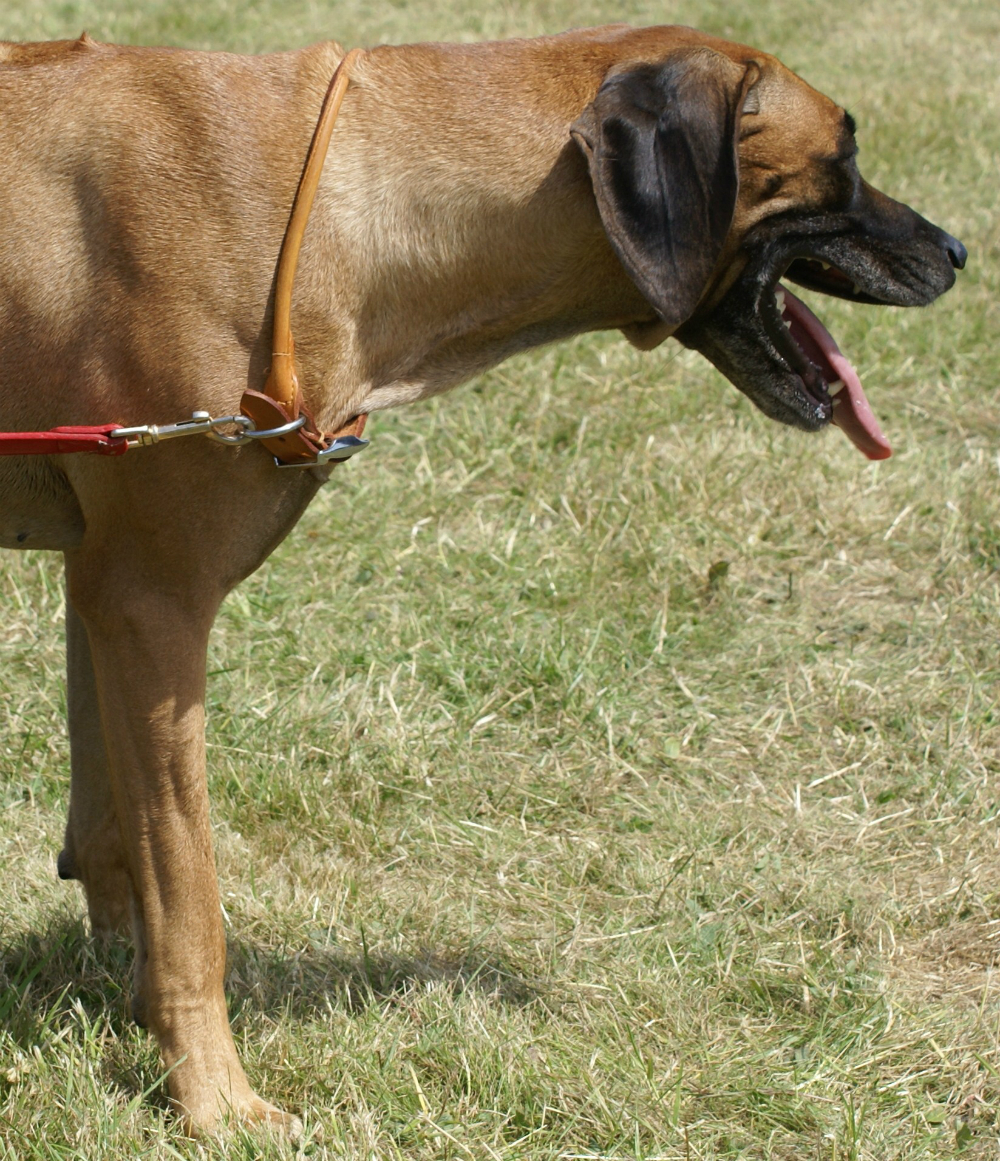 When just 7 months of age, Senza was set on by two terriers when out in the park and, from that day onwards, became aggressive, lunging and growling, whenever she saw a small dog out on a walk. After seeking advice and following the ideas given in the 'Fight! Learning To Get Along With Other Dogs' ebook, we learnt how to manage walks so that she began to fear other dogs less and look forward to seeing them more. Eventually, under professional guidance, we managed to rehabilitate her with smaller dogs and she has even made friends with our neighbour's small Jack Russell.